The latest news about LiquidBounce's development. 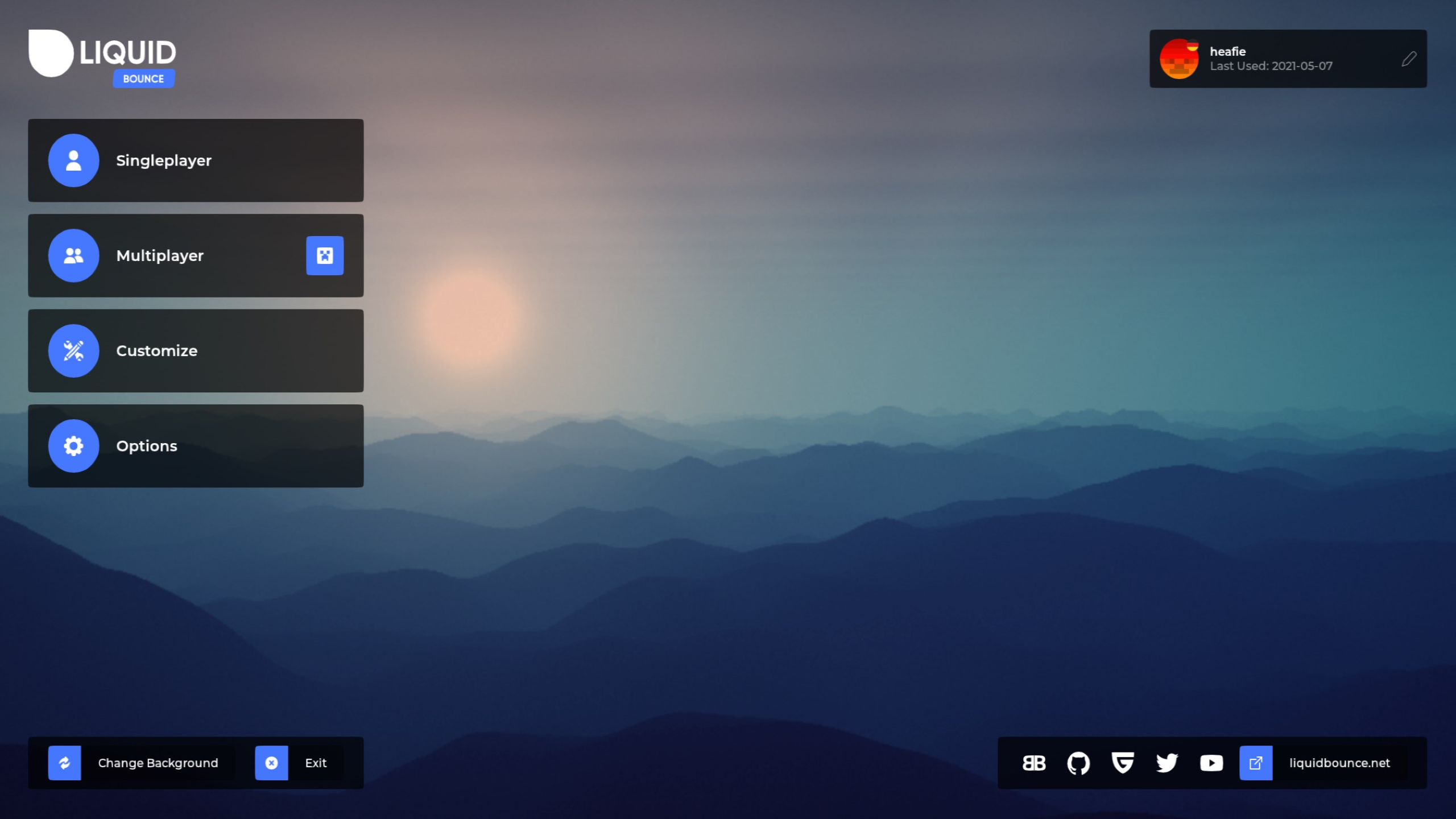 In this post, I'd like to give you a brief update on how development is progressing on what is by far the biggest LiquidBounce update to date (in fact, it's an entirely new version build from the ground up to support all Minecraft versions from 1.8.9 to 1.16.5). In the future, more posts similar to this one will most likely follow covering the most important changes that have been made in the meantime.

Although development of new modules and porting of old modules is proceeding very rapidly and the client almost having reached a point where it could be called usable, I want to focus on GUIs for now.

As those of you who follow LiquidBounce's development on GitHub probably already know, all user interfaces in the upcoming version will be written in HTML, CSS and JavaScript. In other words, the same languages that are being used to make web pages like this one. This gives us unprecedented flexibility and allows us to implement designs that would have been virtually impossible before. Hence, in the future it will also be possible to customize the look of the entire client, not just the HUD, by using themes made by members of our community or even yourself!

Above you could already see a screenshot of the main menu, but our fancy new ClickGUI is also slowly taking shape. Not only will LiquidBounce next-gen allow you to customize all settings right from the ClickGUI but they will also be grouped according to their function and only be shown if relevant. So time to say goodbye to those seemingly endless and confusing lists of module settings that seem to only have an effect when a certain mode is selected – you won't be missed. 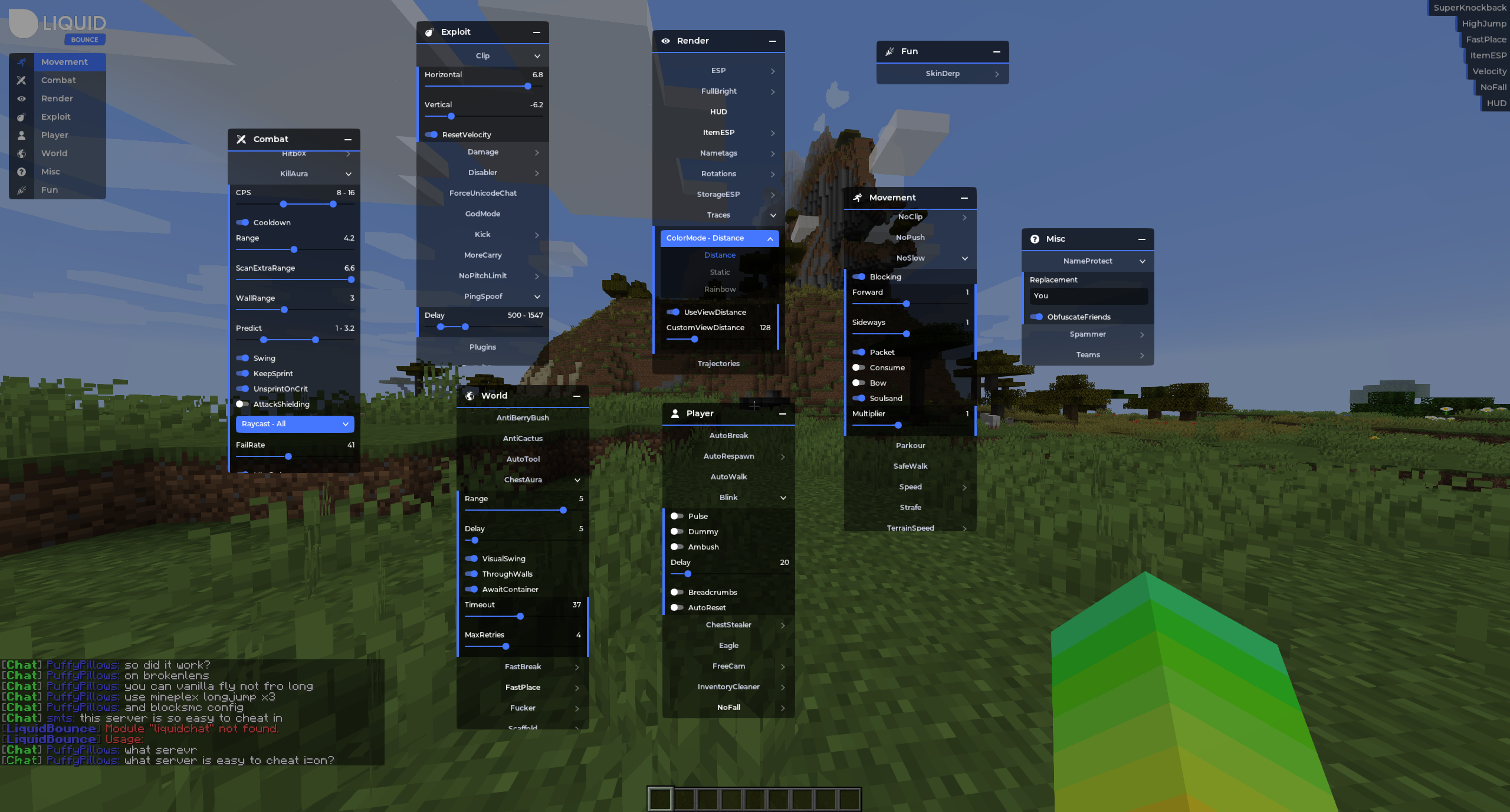 Of course, just like LiquidBounce itself, all user interfaces are open-source and can be found in a seperate repository on our GitHub page. However, please keep in mind that they are currently still being actively worked on and not all designs are ready yet. If you still want to give LiquidBounce next-gen a try already, you can always find download links for the most recent build on the downloads page.